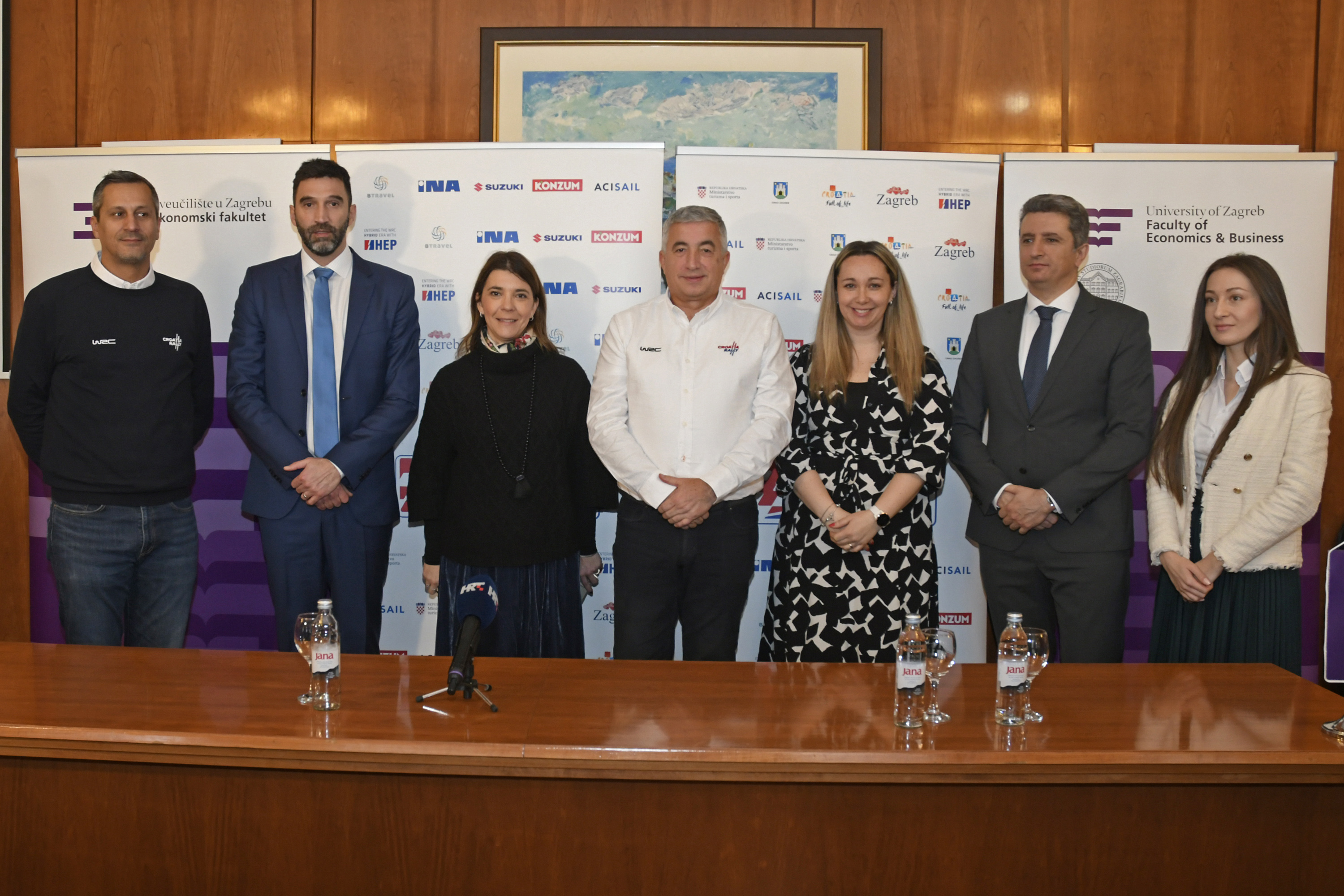 Last year, the WRC Croatia Rally brought over 105 million euros to Croatian tourism, with more than 310,000 spectators watching special stages on Croatian roads. These are the results of the expert study "Socio-economic impacts of WRC Rally Croatia 2022 on the area of Central Croatia" prepared by the Faculty of Economics and Business, the University of Zagreb.

The presentation of the study at the Faculty of Economics and Business Zagreb was attended by the personal representative of the Minister of Tourism and Sports of the Republic of Croatia, State Secretary Josip Pavić, vice dean for strategic partnerships and projects of the Faculty of Economics and Business, the University of Zagreb, Ph.D. Kosjenka Dumančić, as well as representatives of the local communities and counties where the WRC Croatia Rally special stages are held, executive representatives of the Croatian Tourist Board and the Croatian Car and Karting Association, and the WRC Croatia Rally organizational team led by the President of the Organising Committee of the WRC Croatia Rally, Daniel Šaškin.

The results of the conducted study reveal that the event was watched live by 310,000 spectators, which had a strong impact on the increased number of overnight stays by tourists in the counties that hosted the special stages. The WRC Croatia Rally thus confirmed its status as a unique regional manifestation, given that a third of the visitors came from the countries of Central, Western and Southeastern Europe. The total economic effects for the Republic of Croatia are estimated at over 105 million euros.

"First of all, we are talking about a mega sports spectacle, the effects of which Croatia has not had before at any sports, cultural or any other event. The results of the study from 2022 showed that this project is both economically and socially sustainable and that Croatia should continue to host the WRC event," said Ph.D. Oliver Kesar, professor from the Department of Tourism, Faculty of Economics and Business, University of Zagreb.

Last year's WRC Croatia Rally also resulted in great media interest, as many as 400 media representatives arrived in Croatia and reported on the exciting special stages and skills of today's best rally drivers. It is interesting that the average consumption per spectator of the Croatia Rally is higher than the average and amounts to 263 euros, while the total budget revenues exceed 12 million euros.

A third of the visitors to the WRC Croatia Rally came from outside Croatia, most of them from neighboring Slovenia and Hungary, but also from other European countries such as the Czech Republic, Romania, Finland, Norway, Belgium and others. It is estimated that the WRC Croatia Rally generated up to 170 thousand overnight stays, with a positive effect on the occupancy of accommodation capacities in Varaždin, Krapina-Zagorje, Zagreb, Karlovac and Primorje-Gorski Kotar County, as well as in the City of Zagreb.

"We are very pleased that this expert study provided scientific confirmation of our claims that the arrival of such a global sports competition in Croatia brings significant positive effects, with a strong tendency for further growth. Thanks to professor Kesar, his team and the Faculty of Economics and Business Zagreb who prepared this expert study, but also to all the partners with whom we will work tirelessly this year to present Croatia in the best possible light on the world rally scene," added Daniel Šaškin, President of the Organising Committee of the WRC Croatia Rally.

Second year of WRC Croatia Rally once again highlighted its potential as one of the most promising sports events in Croatia and the region, whose contribution to the development of auto-moto sports, tourist offer, and promotion of Croatia can grow further in the future. The World Rally Championship returns to Croatia for the third time this year, where from April 20 to 23, elite rally drivers will fight for points and the best possible placement in the overall standings.