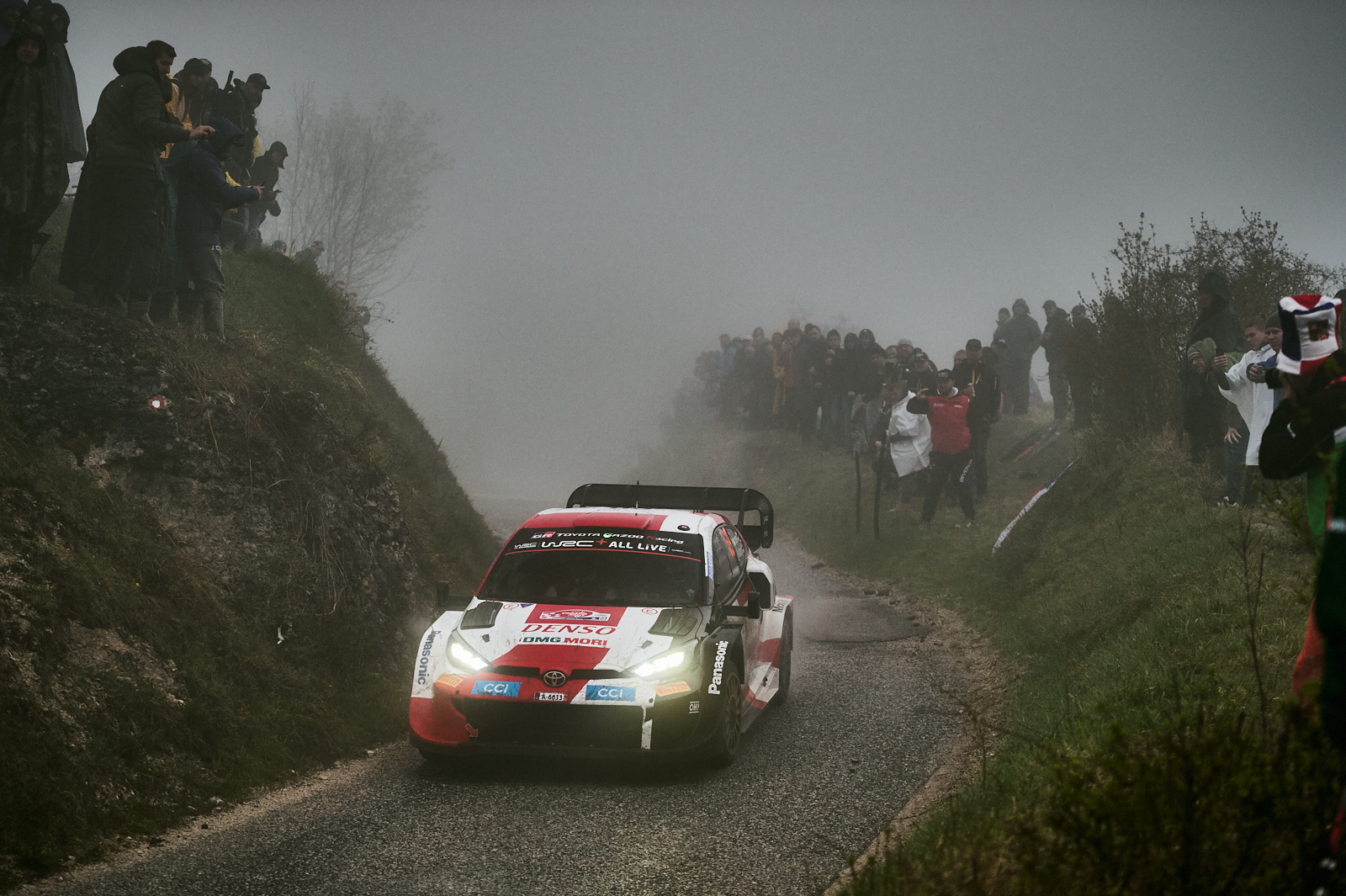 Kalle Rovanperä ended the first morning loop of the Croatia Rally with a strong lead following an action-packed and tricky opening four stages.

As the FIA World Rally Championship points leader, Rovanperä and co-driver Jonne Halttunen took advantage of running first on the road to win three of the four stages to open up an apparent 12.5s lead in their Toyota Gazoo Racing GR Yaris Rally1 over Neuville’s Hyundai i20 N Rally1.

But there was drama for the Belgian and his co-driver Martijn Wydaeghe after SS4 when their Hyundai hit trouble on the road section back to service. They were forced to push the car back to the Zagreb Fair service park, arriving exhausted – but late. The subsequent penalties have dropped them from second place to fourth, 52.5s down on Rovanperä.

“I think I was quite comfortable in the car in these tricky conditions and for sure, our starting position has been good,” said Rovanperä. “We have been quite a bit faster than the guys behind us, so maybe it’s not just the starting position that is helping us.”

“I had a good stage and the feeling was good, but the road is getting more and more dirty,” said Neuville before his morning’s work was ruined. “Compared to Monte-Carlo we have already improved our pace.”

TANAK VS BREEN FOR THIRD

Behind Rovanperä, Hyundai’s Ott Tänak is now second, 47.3s down on the leader, but just 1.9s up on M-Sport Ford’s Craig Breen after losing time in intensifying rain on SS4. Irishman Breen was kicking himself for a mistake on SS2 when he overshot a left-hand bend and narrowly missed a water hydrant. “Unfortunately, it was a left corner that tightened up with a bit of mud on it,” he said. “I could have made it, I could have fired it in but I chose to go straight on reverse back again. I probably lost 10 or 12 seconds. It’s the first time I’ve driven the car in conditions like this, so I’m happy to make it around.

In contrast, Breen’s team-mates Adrien Fourmaux and Pierre-Louis Loubet endured a disastrous morning and both retired from the leg. A third puncture in just two stages in SS2 left Loubet with no choice but to retire his Puma Rally1. Then on the next stage Fourmaux lost control of his Puma just 200m after the start and crashed through a hedge and into the garden of a house. But team-mate Gus Greensmith completed a solid first morning in fifth overall behind Breen and Neuville. “It’s nice to get through the morning and understand how the conditions are,” he said. “They are by far the slippiest conditions I have driven in, but it’s good learning. A bit up and down, but we’re happy to be here.”

While Rovanperä looked untroubled up front, the same could not be said for his team-mates Esapekka Lappi and Elfyn Evans. In an echo of Rovanperä’s fate on the Croatian Rally last year, the Finn lasted only 9.9km into SS1 before clipping a large rock and incurring damage to his right-front suspension that forced him to retire from the leg.

“The conditions were very tough this morning,” said Toyota Gazoo Racing team principal Jari-Matti Latvala. “You have wet and slippy conditions, but on top of that you have quite a lot of fog, so visibility is low and makes it very difficult to drive. Kalle did extremely well. OK, he was first on the road, but had no experience from last year because he only did 5km. But unfortunately that experience was shared with Esapekka because he only managed a few kilometres of that first stage today. When we can get the car back it’s easy to fix and he can restart tomorrow.”

As for Evans, he was frustrated to pick up two front-left punctures, the first on SS1 and the second on SS4 that leaves him down in eighth overall, more than two minutes off the lead. The Welshman took a stage win on SS3, proving 2.6s faster than Rovanperä, but was understandably frustrated by his morning. “I felt nothing again,” he said after his second puncture. “It’s a bit of a mystery. With these cuts you have no choice – it’s so dirty, you have to go in. But I felt nothing.”

Ahead of him, team-mate Takamoto Katsuta is seventh, citing a need for greater confidence in the tricky conditions, with Oliver Solberg’s Hyundai running sixth.

Frenchman Yohan Rossel leads WRC2 in his PH Sport Citroën C3 from Britain’s Chris Ingram. “No problem,” said Rossel. “The stages are very tricky and if you want to go fast you take a lot of risk and on these stages it’s not important. We need to focus on this afternoon. But yes of course, I’m happy with the morning. It’s so long.”

Leg one continues with the first of four more stages this afternoon kicking off at 15:05 local time, with SS5 – a second run over Mali Lipovac – Grdanjci with the crews returning to the Zagreb Fair service park at 19:34.