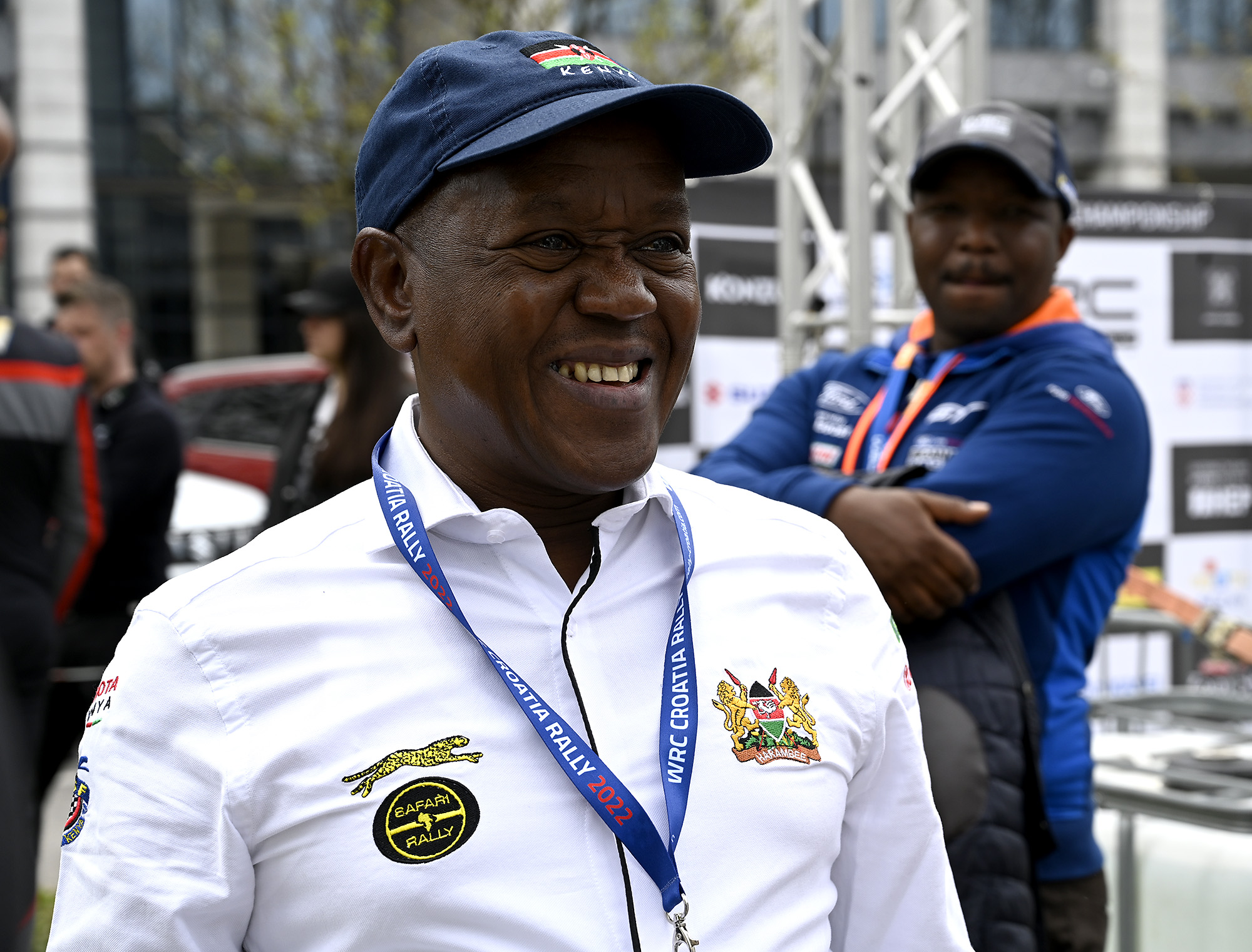 The second edition of the modern WRC Safari Rally in Kenya is upon us and in the build up to the event, we look back to April, when Croatia hosted its second ever WRC run with some very special visitors from Kenya making the trek to the nation's capital, Zagreb. Leading the delegation was Phineas Kimathi, Safari Rally CEO.

"Everyone was very welcoming and friendly ever since we got to Croatia", said Kimathi. "Even when landing into Zagreb we saw the beautiful countryside and were already convinced that the special stages were going to be just as spectacular and we were proved right when we were at the stages, they looked very demanding and tough. The villages were very nice, and the action was spectacular."

While Croatia Rally is "notorious" among the crews for its slippery tarmac and changing conditions, the Safari Rally doesn't present an easier challenge to the lot either. The rally will showcase 19 stages over 360km in competitive distance through Kenya.

"Croatia Rally and the Safari Rally are two different events, one on tarmac and one on gravel, but they are equally as demanding", said Kimathi. "The rally in Croatia is tough, the visibility up in the mountains was low, almost zero and the roads were very challenging. Both events have their own spice and it's always great to see how the Championship is set up. For the drivers to experience different surfaces and the different challenges that come with that. I think in Kenya we have the toughest gravel event of the Championship."

After being first held in 1953 and leaving the WRC calendar in 2002, Safari Rally's organisers faced a lot of challenges to return to the World Rally Championship, but the 2021 event, the first in 19 years, was one of the highlights of the season.

"The first challenge is to understand what the requirements of the WRC are," Kimathi explained. "Rallying has changed over the years, we were out of the calendar for 19 years, but at the end of the day, we feel we delivered a great Safari Rally in 2021 and this year we look forward to meeting and exceeding the standards we set."

The common denominator between having a succesful event in Croatia and Kenya is the enthusiasm that the local population is showing for the sport.

"I think it's the way the people see the event, there's a lot of enthusiasm in Croatia, just like there is in Kenya," Kimathi outlined. "We've reached the level where the number one sport in Kenya is motorsports. I had the chance to meet the people in the villages, they were very friendly, they took photographs with us, they were very welcoming. They were holding our flag high up."

McRae Kimathi, Kenya's only driver to compete in the 2022 WRC Croatia Rally, unfortunately had to retire from the event. However, his participation sends a powerful message to the Kenyan youth looking to get into the sport.

"We're working on a programme to bring up more young Kenyans into the sport. Motorsports is expensive and one of the main challenges is raising the necessary funds to compete and managing the teams professionally. We're incubating talents, McRae Kimathi, African Rally Junior Champion, came to Croatia courtesy of a lot of help from WRC, FIA, Pirelli, Kenya Airways, Safaricom who have put a deal together with MSport so that he could compete in Croatia," Kimathi concluded.

Safari Rally kicks off Thursday, June 24th in Nairobi with a side-by-side super special stage. Friday's stages will be held around Lake Naivasha, including the longest stage of the rally at over 30km long. Saturday will feature stages around Lake Menteita, including "Soysambu", Safari Rally's iconic test. The culmination of the weekend will be on Sunday's Wolf Power Stage, the famous "Hell's Gate" stage.