The world's best drivers' mastery for the second time in Croatia! 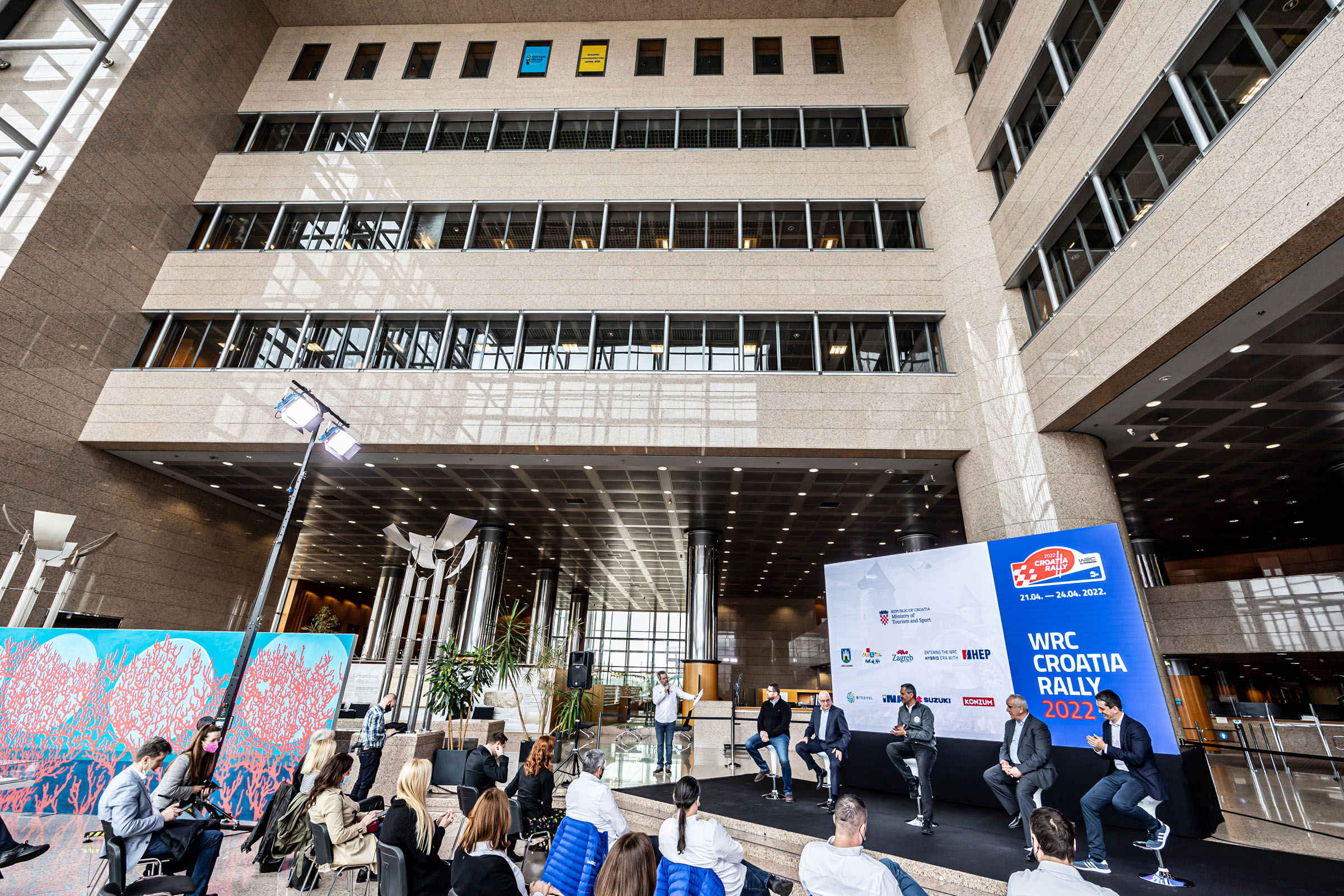 On the occasion of the beginning of the WRC Croatia Rally 2022 sign-in a press conference was held at the National and University Library in Zagreb. Speeches were delivered by Daniel Šaškin, the host of the event and President of the Organizing Committee of the WRC Croatia Rally; Tomislav Družak, State Secretary at the Ministry of Tourism and Sport and emissary of the Croatian Prime Minister Andrej Plenković; Milan Čolić, Assistant Head in the City of Zagreb Office for Education, Sport and Youth; Tomislav Josip Mlinarić, Dean of the Faculty of Transport and Traffic Sciences and Davorin Štetner, President of the Croatian Car and Karting Federation

Daniel Šaškin, President of the Organizing Committee of the WRC Croatia Rally says: “We are extremely happy and proud to bring this show back to Croatia with the support of the Government of the Republic of Croatia, the City of Zagreb, the counties, the sponsors and all other partners. This is one of the greatest victories and recognitions for the Croatian motorsport ever. Getting the WRC is a huge success per se but to keep it and sign a three-year contract is proof positive that we mean business and that the WRC last year edition was organized at a very high level. Special thanks go not only to all those people who took part in the organization of the WRC last year, but also to those who are with us this year, more than 2000 of them, out of which 500 are volunteers. In terms of organization, it is a very demanding sports event that will be taking place in front of the audience for the first time. We are expecting a staggering number of 350,000 spectators, so we invite visitors to take care of the environment and reduce traffic congestion by carpooling in order to reach the venue. This year we are preparing numerous surprises and a rich content for fans of octane thrills, both along the tracks and at Fan zones. Tickets for the Platak Fan Zone are already on presale. Fan zones provide a full experience because besides delivering the most attractive passages of the rally stars, they also furnish the visitors with a rich catering offer and all-day entertainment. The largest Fan zone will be located at the Zagreb Fair (Zagrebački Velesajam) and it will be the first one to open, as early as Tuesday, 19 April. Visitors will be able to see there the top competitors’ service areas, buy Croatia Rally’s, top teams’ and WRC’s souvenirs, try their skills on the simulators and indulge the catering offer and performances of famous rock artists.”

The collaboration between the WRC and the Faculty of Transport and Traffic Sciences continues for the second year in a row. For the first time audience will be present at this organizationally demanding sports competition, so it presents a much greater challenge for everyone involved in its organization. Tomislav Josip Mlinarić, Dean of the Faculty of Transport and Traffic Sciences, says: “As in term of logistics and organization this is an extremely demanding sports event, we are very pleased to be partners with WRC Croatia Rally and acknowledge this is an opportunity and a challenge for our experts to be involved in its organization for the second consecutive year. The Faculty of Transport and Traffic Sciences will provide professional assistance in terms of traffic management and logistical support during the WRC Croatia Rally, while by setting up a safety driving simulator in the Service Park at the Zagreb Fair (Zagrebački Velesajam) we will raise awareness of the importance of responsible behaviour in traffic.”

„WRC Croatia Rally is extremely important to Croatia from the economic point of view. It is one of the largest sports competitions in the history of our country, and we expect to near a full occupancy of accommodation establishments and attract high-end visitors. With such events, we are taking the right steps forward and Croatia is receiving an international promotion measured in millions of Euros! At the same time we are popularizing the motorsport and expect positive effects while attracting new people to our sport. We got off to a good start last year, but we still have to demonstrate we are able to confirm the excellent assessment we received. I am proudly pointing out that this race is also a Croatian product because it has been almost entirely organized by Croatian sports functionaries and enthusiasts”, says Davorin Štetner, President of the Croatian Car and Karting Federation.

The City of Zagreb has been contributing to motorsport for years and it is providing support to the organization of the WRC Croatia Rally again this year. “The arrival of the WRC Croatia Rally to Zagreb for the second consecutive year is a confirmation of the successfully organized race last year. We invite all citizens of Zagreb and its guests to visit the races and experience the world’s best rally drivers on the city streets. The City of Zagreb has provided attractive locations at the city’s fountains for the start of the race and in the Service Park at the Zagreb Fair to be enjoyed by all motorsport fans”, says Milan Čolić, Assistant Head in the City of Zagreb Office for Education.