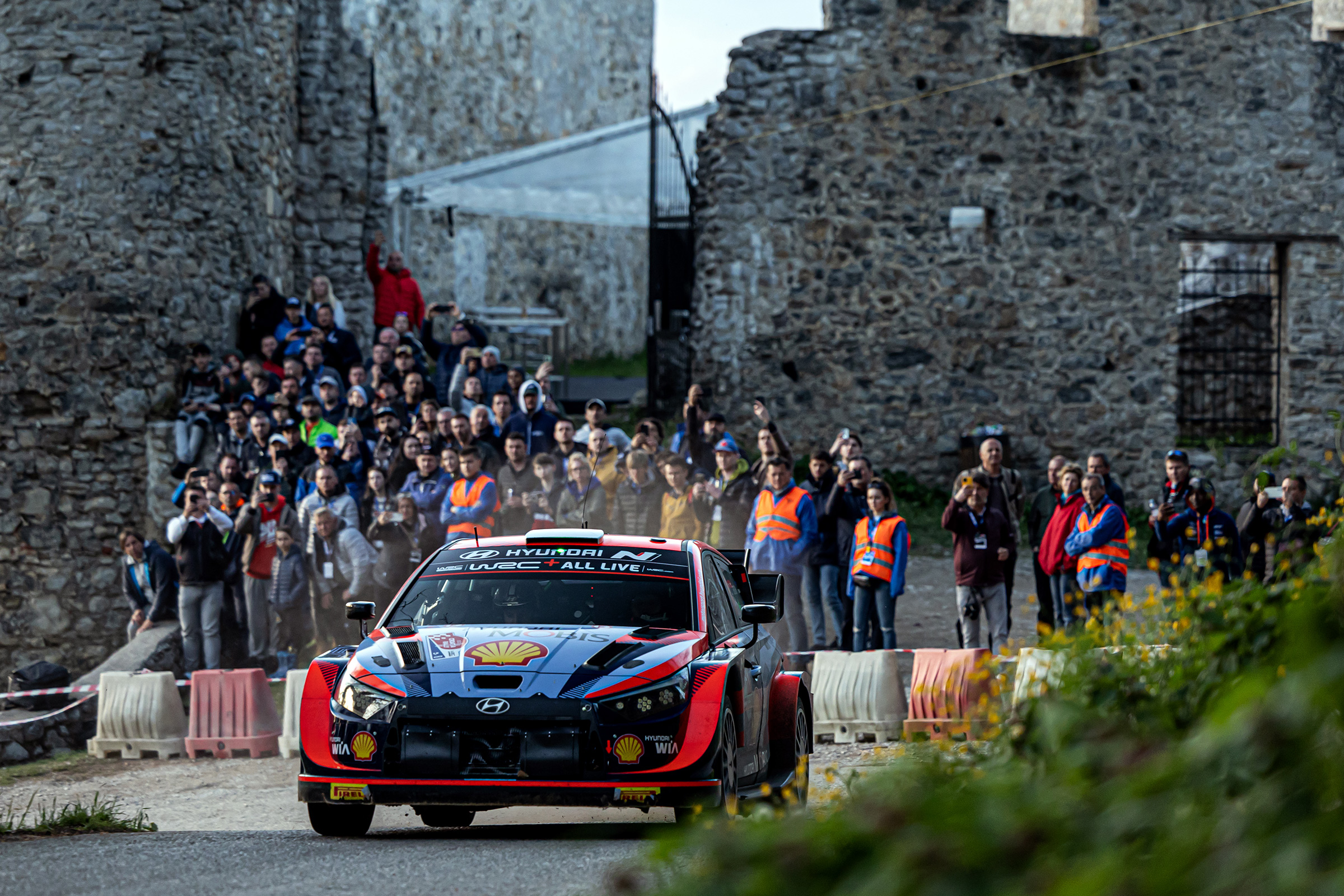 The Croatia Rally will conclude today with a nail-biting Wolf Power Stage decider as Ott Tänak and Kalle Rovanperä head into the finale separated by just 1.4s following a jaw-dropping turnaround caused by rain on the penultimate stage.

Rovanpera, who had led the rally from the first stage on Friday morning, entered the 13.15-kilometre Trakošćan – Vrbno test with an advantage over Tänak of 28.4s. But heavy rain and a variation in tyre choice wiped out his lead. Hyundai Shell Mobis World Rally Team driver Tänak ran with a crossover pair of soft-compound Pirellis and two wet-weather tyres, with Toyota Gazoo Racing WRT’s Rovanperä on two hard and two rain tyres – and it worked out in Tänak’s favour. He was 29.8s faster to jump into a slender lead of the rally with just the Wolf Power Stage to go.

The outcome of the rally will likely be decided by the weather conditions awaiting them on the final test. “I didn’t know where this weather came from,” said a disappointed Rovanperä after SS19. “We had no idea there was going to be rain, and we cannot match him with these tyres. The hard is not working at all and there is not much more we can do.”

A second pass over the 14.09-kilometre Zagorska Sela – Kumrovec stage will be the stunning, picturesque setting for the dramatic climax of the second Croatia Rally to count for the WRC. Earlier today, the crews tackled the challenging test as SS18 in mostly dry conditions, with Thierry Neuville putting in a fabulously committed performance that lifted him above Breen to take third place. He was 12.3s quicker than the Irishman. “I had a good stage,” said Neuville. “I want that podium and I’m going to get it.” That appears to be the case following the wet SS19 stage, where Neuville opened up his advantage to Breen to a gaping 1m42.4s.

As rain approached for the WRC2 runners on SS18, Gus Greensmith, who was third fastest on this first time through, predicted the Wolf Power Stage would offer a stern challenge: “It’s going to be like hell on the second pass,” he said. “That’s so much worse than last year. Give me four wets and I might be able to be quick on the second pass!”

The Zagorska Sela – Kumrovec is one of the biggest challenges of the rally in any weather. It’s fast but extremely narrow with a whole host of other difficulties thrown in to trap the unwary. Blind crests and jumps litter the test and there are plenty of trees right next to the road, ready to catch out anyone who drifts offline. Steep descents and fallen leaves add extra hazard and the task only eases shortly before the finish when the road becomes wide and smoother.

The Wolf Power Stage is a crucial element of the Croatia Rally on the final day because of the FIA World Rally Championship bonus points on offer for the fastest five drivers over the stage. The quickest crew scores five points, down to one to the fifth fastest.