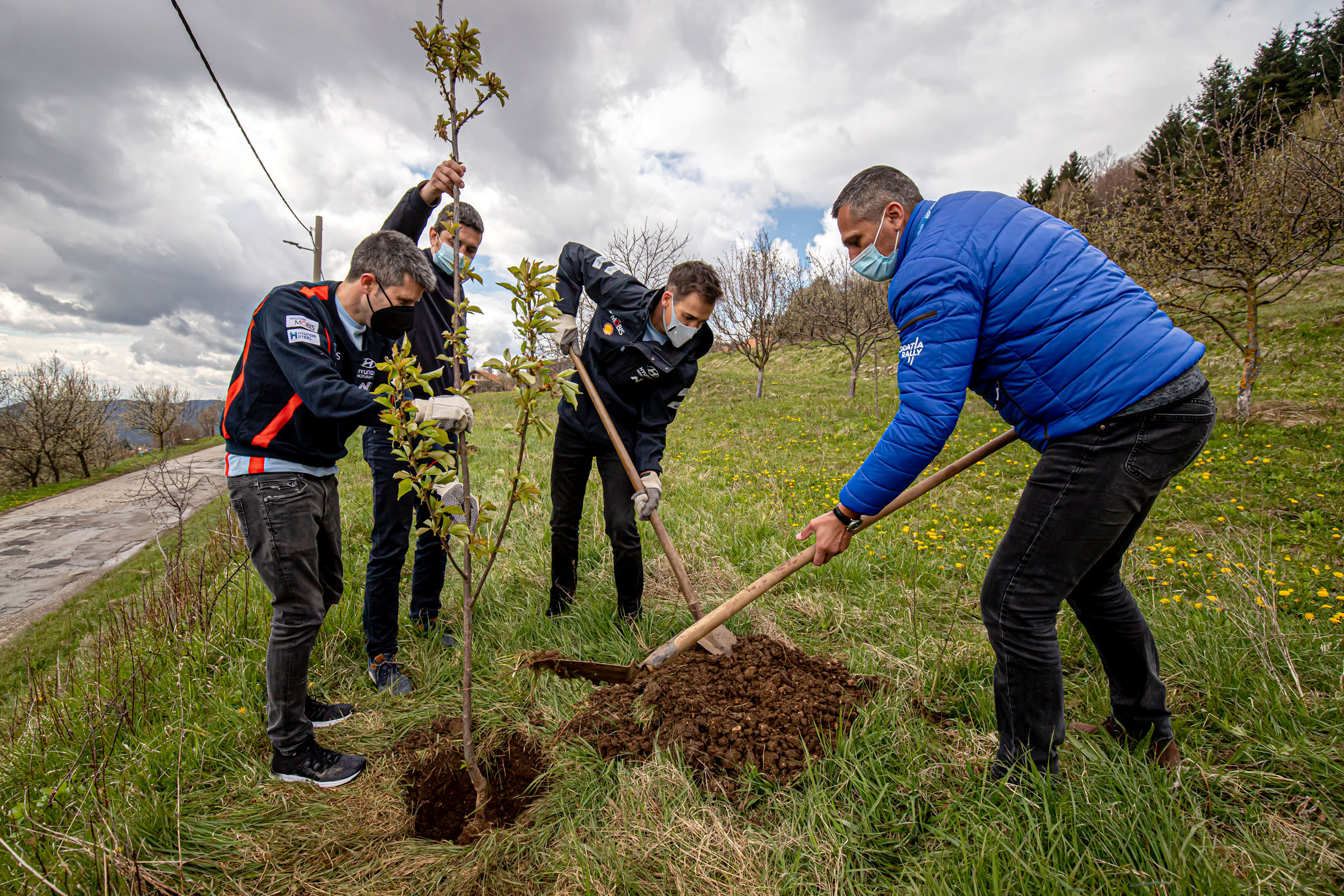 Drivers and organizers of the WRC Croatia Rally today symbolically planted cherry trees in the Žumberak Nature Park to emphasize the importance of nature conservation and the efforts they make to keep their sport to a minimum impact on the environment.

"Although symbolic - this is an important gesture. Žumberak is one of the pearls of Croatia, and the planting of new trees symbolizes a new beginning because a new beginning is happening in Žumberak after years of demographic decline. Žumberak Nature Park is one of the sources of untouched nature. The arrival of the WRC and the attention it brought is a chance for a great tourist take-off! The International Automobile Federation - FIA pays a lot of attention to nature conservation and reducing harmful effects. Significant efforts have been made to keep the sport to a minimum adverse effect. This planting is just one in a series of positive events that accompany the rally, "said Davorin Štetner, President of Croatian Automobile and Karting Federation and the Steering Committee of Croatia Rally.

The director of the Public Institution "Žumberak Nature Park - Samoborsko gorje", Kristijan Brkić and the mayor of Žumberak Municipality, Zdenko Šiljak, also attended, and once again expressed satisfaction with the fact that the world sports spectacle passes through their space.

Croatia Rally starts in two days with a ceremonial start in front of the National and University Library in Zagreb. Then, on Friday, Saturday, and Sunday, the best rally drivers of today will race special stages on local roads of the Counties of Karlovac, Krapina-Zagorje, and Zagreb, and the City of Zagreb. The sports spectacle in Croatia will be broadcast in more than 150 countries worldwide, and over 200 foreign journalists will cover the Croatia Rally special stages.