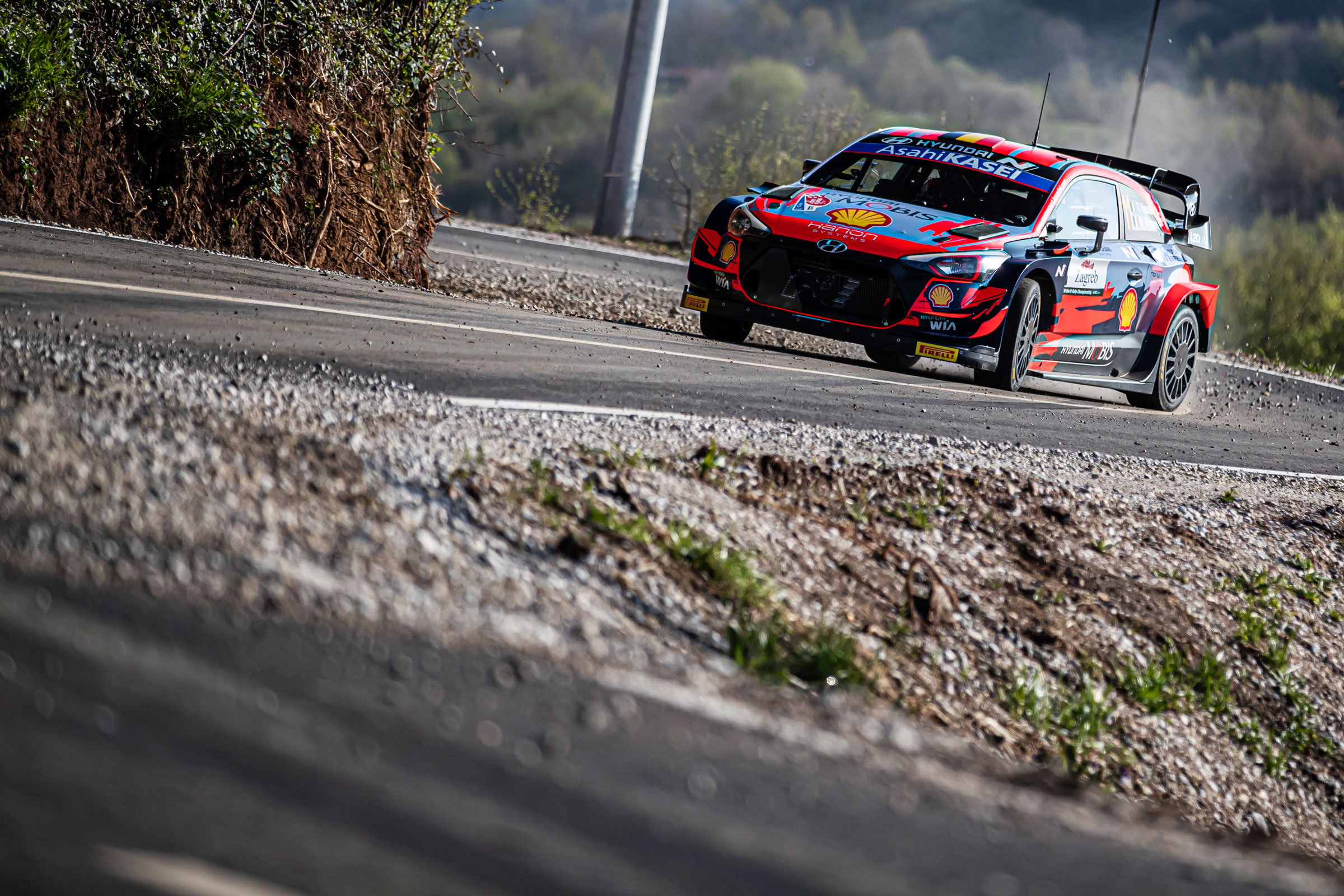 Powered by a Hyundai i20 Coupe WRC, the Belgians were fastest on stages one, two and four to return to Zagreb Fair for the midday service with an advantage of 7.3 seconds over Elfyn Evans/Scott Martin, last year’s world championship runners-up, in a Toyota Yaris WRC.

“We had a decent loop, obviously I am doing the best I can,” Neuville said at the completion of SS4. “The two last stages were really slippery as well. The conditions should be more or less equal for everybody but there were some really surprising grip changes.”

In rising ambient temperatures under clear blue skies, the stunning Croatian landscape provided a spectacular backdrop as the country’s first WRC event began in earnest following Thursday’s shakedown and Ceremonial Start. And there was drama within a handful of kilometers of the opening stage when points leaders Kalle Rovanperä/Jonne Halttunen crashed down a bank. The Finns were uninjured, but their Toyota Yaris WRC suffered extensive damage, although it is hoped it can be repaired for Saturday’s second leg.

“Me and Jonne are both okay,” Rovanpera told WRC Plus All Live. “It was quite near the end of the stage, the last downhill section, which was really slippery and I was quite understeering with the car for most of the stage. I just came into the corner, did my braking and tried to go into the corner but I lose the car already in the entry of the corner, I never made the proper racing line and that’s why we go straight off.”

Ogier/Ingrassia completed the 6.94-kilometer Rude - Plešivica stage down in fifth place and with the left-rear tyre off the rim following a close call at the same right-hander where Rovanperä/Halttunen hit trouble. “We had a moment on the same corner where Kalle went off and we were nearly with him,” Ogier explained afterwards. “I had a puncture and lost almost six seconds. But we keep pushing.”

After going fastest on SS1 by 2.1s, Neuville/Wydaeghe were quickest again on SS2, this time by a margin of 4.9s. Toyota team-mates Ogier/Ingrassia and Evans/Martin set the identical fastest time on SS3 before Neuville/Wydaeghe restored status quo with the quickest run through SS4.

The top three all selected a combination of Pirelli’s soft and hard-compound tyres for the morning loop, while Ott Tänak/Martin Järveoja opted for hard compound tyres only with just one spare on board their Hyundai i20 Coupe WRC. The Estonians are fourth overall, 17.8s off the lead.

“I’m not saying it was the wrong tyre choice but the feeling was not there,” Tänak said on WRC Plus All Live. “Even if it’s full dry and everything looks dry it’s difficult to get grip and we have to look deeper. There are so many surface changes and it’s different in every place and difficult to find the confidence. We need to go deep in the data now. For sure it needs a different approach this afternoon.”

Co-driven by Renaud Jamoul, Adrien Fourmaux is taking full advantage of his first outing on a WRC event in a World Rally Car. The Frenchman is sixth overall for the M-Sport Ford World Rally Team followed by team-mates Gus Greensmith/Chris Patterson.

Pierre-Louis Loubet/Vincent Landais are in eighth place with Takamoto Katsuta/Daniel Barrritt slipping to ninth after the slid wide on a right-hand turn on SS4 and nudged a bank. The Japanese Toyota driver complete the stage with the left-rear tyre off the rim.

Defending champions Mads Østberg/Torstein Eriksen (Citroën C3 Rally2) took the lead of WRC2 on SS3 after erstwhile pacesetters Nikolay Gryazin/Konstanin Aleksandrov (Volkswagen Polo GTI R5) were delayed after a heavy landing knocked the front-left tyre off the rim. Gryazin/Aleksandrov lost further time when they nearly went off into a ditch nearing the finish off SS4. But they regained second in class when Teemu Suninen/Mikko Markkula slid off the road at the same corner and lost more than 30s in their Ford Fiesta Rally2.

This afternoon’s loop begins with a repeat of the 6.94-kilometre Rude – Plešivica stage from 15:01 local time with crews due to return to the Zagreb Fair service park for the end-of-day service at 18:20.