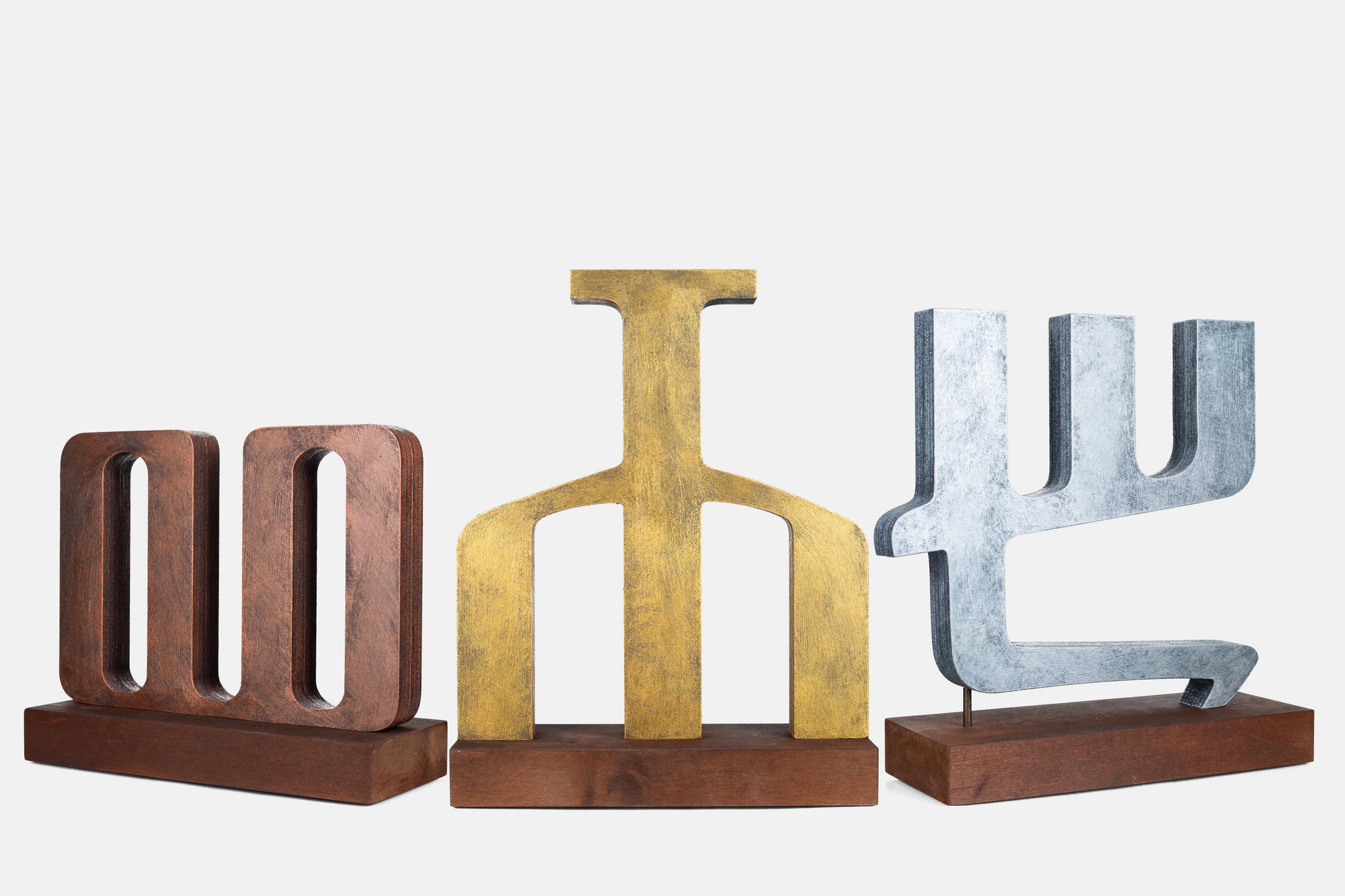 Croatia has a long tradition of motorsports. First written notes date from year 1902 when Croatia was host of the finish of Nica – Opatija race. Croatian civilisation is even older. Croats have inhabited today's area of Croatia in 7. century. During 9. century the Glagolitic script was made, which is considered Croatian national script and was in use up to 19. century.

Writing the notes is an integral part of the rally. Therefore, wanting to unite the two traditions, Croatia Rally decided to shape the trophies like Glagolitic signs. The nubmers 1, 2 and 3 were denoted by the letters A, B and V, which had names Az, buky and veda to be memorized easier.

The Croatia Rally trophies were designed by the academic sculptor Hrvoje Dumančić, who combined two passions in his expression - towards art and towards sports. From childhood, he developed a love for art, horses and equestrian sports. He competed in show jumping, and in 1992 he became the runner-up of Croatian Junior Equestrian League. After graduating from the School of Applied Arts and Design, he studied sculpture at the Academy of Fine Arts in Zagreb.

His birth as an artist and his full artistic affirmation happened in Saumur, France, where he received the 1st prize for his sculpture Aramis, at the international salon Artcheval. Apart from his awarded and widely loved sculptures, he frequently designs and develops trophies for the equestrian sport and this is his first journey into another powerful sports discipline – rallying.