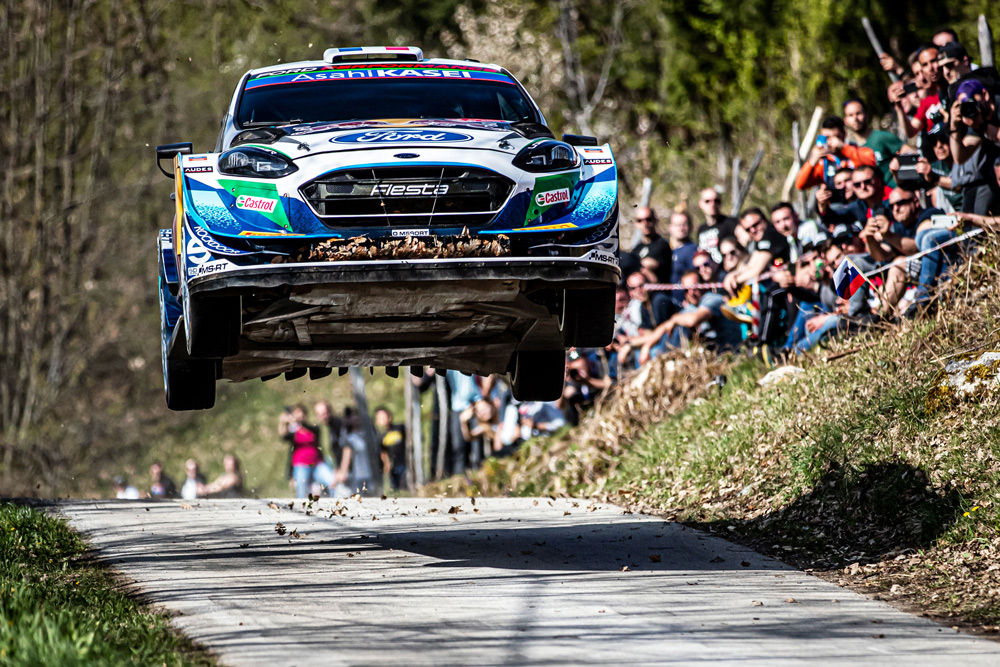 A limited amount of Early Bird tickets for Fan zones goes on sale today – in addition to the most attractive passages of the world rally stars, a rich catering offer and all-day entertainment will be awaiting the visitors.

Zagreb, 17 February 2022 - A limited amount of Early Bird tickets for the major sporting event in Croatia since its independence and one of the top 20 most watched sporting events in the world has gone on sale today! A rich catering offer and all-day music and sports entertainment will be awaiting the visitors in the Fan zones.

The first purchasers will be able to purchase the tickets at a discounted rate at the website ulaznice.hr up to 03 March at the latest or while stocks last, in the event the available tickets are sold out earlier.

It is a great opportunity to ensure your presence at the Platak Fan zone for 75,00 HRK or a 6-day ticket package enabling you to enter the Service Park at the Zagreb Fair (Zagrebački Velesajam) for 225,00 HRK and attend this memorable octane show.

A limited amount of parking cards for the Platak Fan zone has gone on sale for 35,00 HRK. These cards ensure parking spaces at the Grobnik Airport, where the bus shuttle service is organized from, free for all passengers with valid tickets for the Platak Fan zone.
Due to the limited number of parking spaces on the site, the possible crowds that could affect the smooth running of the race as well as the efforts of the organizers to minimize their impact on the environment, please carpool with friends, relatives and acquaintances whenever possible in order to reach the venue.
In addition to the largest Fan zone located at the Zagreb Fair (Zagrebački Velesajam), Croatia Rally will have  a total of six fan zones located at the special stages for which tickets will be on sale in the upcoming weeks.

The WRC Croatia Rally will be taking place from 21 to 24 April at 20 attractive special stages through five Croatian counties – Zagreb County, Karlovac County, Krapina-Zagorje County, Primorje-Gorski Kotar County and Varaždin County; while the ceremonial start, the finish line and the service park, where a rich program is being scheduled, will be located in Zagreb. A record number of spectators from all over the world will be following the mastery of the world’s best rally drivers at one of the biggest sporting events in Croatia ever. According to the predictions of the Organizer the event will be followed by more than 350,000 fans of octane thrills in special fan zones and along the tracks, who will also be able to lay eyes on the ground-breaking new generation of hybrid Rally1 vehicles, which premiered in Monte Carlo earlier this year. The season-opening round of this 50th anniversary championship has announced an apparently extremely exciting season full of twists.

WRC (World Rally Championship) is the most popular motorsport competition in the world besides F1, which is regularly broadcast by over 250 TV stations and watched by about 836 million people worldwide.
After many years of vying with much richer countries, Croatia had the opportunity to organize an event of the World Championship for the first time in 2021, which has been labeled WRC Croatia Rally and took place in Zagreb and the surrounding area in April of the same year.